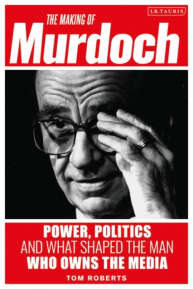 Rupert Murdoch's extraordinary career has no parallel. His control of Fox news, which so successfully supports the Trump presidency, is a key force in American politics. In the UK, his control of The Sun and The Times leaves politicians scrambling to get him onside. But what do we know about the man himself? This book looks closely at the Murdochs, focusing on Rupert's father Keith, who built the … family's media power and cultivated the anti-establishment instincts that his son Rupert is known for. Roberts traces the life of the Murdochs, how Rupert Murdoch's view of the world was formed, and assesses it's impact on the media that influences our politics today.