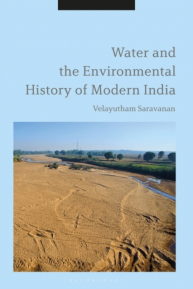 This important new study investigates the competing demand for water in the Bhavani and Noyyal River basins of south India from the early 19th century to the early 21st century from a historical perspective. In doing so, the book addresses several important questions: * Did policy-makers visualise the future demand while diverting water from distant places or other basins?* Was efficient use ensur… ed when the water was diverted or was it diverted in a manner that resulted in pollution and serious damage to the entire river basin?* Were natural flows taken care of in order to preserve the ecology and environment?* What were the factors that aggravated the competing demand for water and what were the consequences for the future? In the context of the current discourse on the competing demands for water, this book takes the debate forward, expanding the horizon of environmental history in the process. Until now, agriculture, industry and domestic water supply and their consequences for ecology, the environment and livelihoods have been given scant attention. Velayutham Saravanan's comprehensive account of both the colonial and post-colonial periods corrects this shortcoming in the field's literature and gives a holistic understanding of the problem and its full historical roots.